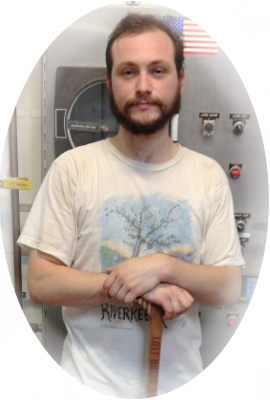 Mike Stein is an educator, brewer, author, and historian. He is the Official Brewery Tour Guide & Historian at DC Brau Brewing Company, Historian for Anxo Cidery, and is a Senior Staff Writer at DCBeer.com. He received his MFA in Creative Nonfiction from George Mason University’s Creative Writing Program. His thesis focused on the history and culture surrounding beer. His research led to the recreation of historic beers in Baltimore, Maryland and Washington, D.C. He has collaborated with bluejacket brewery recreating four ales based on the two-centuries old beers of the District’s first brewery, The Washington Brewery at Navy Yard and presented his work at the Smithsonian Museum of American History. He lives in SE Washington, D.C. with wife Sarah, and dogs, Athena and Bock. 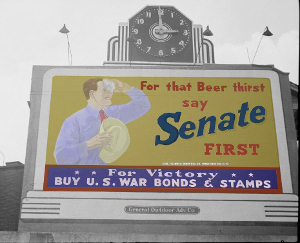 Mike and Pete have two decades of combined brewing and researching experience. Their skills and expertise range across many decades and beer making regions. They have particular expertise in historical American Porter, having lectured on it before audiences at the Smithsonian Museum of American History and the National Homebrewing Conference. If there’s malt, water, hops, and yeast involved, they’re eager to explore it.

Check out our blog. 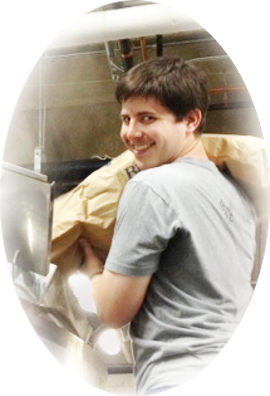 Peter is an historian of beer, certified beer judge, and long time homebrewer. He’s contributed to recipe formulation and brewing for more than 10 different professional beers produced in as many breweries, including DC area favorites DC Brau, Union Craft Brewing, and Lost Rhino. Peter has also consulted for the Heurich House Museum on its namesake Christian Heurich Brewing Company. He's lectured on brewing history at the Dumbarton House Museum, Sandy Spring Museum, Tacoma Park Humanities Lecture Series, and the National Homebrewers Conference. His work has been recognized publicly by the Washington Post, Washington City Paper, and Mid-Atlantic Brewing News. He has nearly 10 years of experience researching in archives, museums, and libraries. If the source is out there, he’ll find it.